It is popularly believed among Jehovah’s Witnesses that God’s name has been increasingly, and deliberately, removed from modern Bible translations. What marks them out, in their own thinking, is their faithfulness to God’s name. They include it in their own Bible, The New World Translation, even in places where it is not to be found in any manuscripts. This, they believe, is what makes them Christian Witnesses of Jehovah.

But God’s name isn’t Jehovah, and Jehovah’s Witnesses know as much and understand why. In an article on JW.ORG they say:

‘Why…have some translators left this name out of their translations of the Bible and replaced it with titles?

There seem to be two main reasons. First, many claim that the name should not be used because the original way to pronounce it is unknown today. Ancient Hebrew was written without vowels. Therefore, no one today can say for sure exactly how people of Bible times pronounced YHWH. However, should this prevent us from using God’s name? In Bible times, the name Jesus may have been pronounced Yeshua or possibly Yehoshua—no one can say for certain. Yet, people the world over today use different forms of the name Jesus, pronouncing it in the way that is common in their language. They do not hesitate to use the name just because they do not know its first-century pronunciation. Similarly, if you were to travel to a foreign land, you might well find that your own name sounds quite different in another tongue. Hence, uncertainty about the ancient pronunciation of God’s name is no reason for not using it.’

It simply isn’t true, however, that no one can say for certain how Jesus’ name was pronounced, though it suits the Watchtower Organisation to say it. A Theological Word Book of the Bible explains:

”Jesus’ is the Lat. form of the name which in Gk. was spelled Jesous (the vowel combination ou does not occur in Lat.). Jesous is the form assumed in Gk. by the Heb. name Joshua, which in late Heb. and Aramaic has become Jeshua. So in the Gk. version of the OT the title of the book Joshua is simply Jesous.’

We can safely say that we can call the Saviour ‘Jesus,’ ‘Yeshua,’ or Joshua,’ understanding its biblical derivation and not departing from its original meaning. Leaving the uncontroversial name ‘Jesus’ to one side, if there is confusion at all it is over the name Jehovah. We suggest that, far from clarifying the issue, the Watchtower Bible and Tract Society has muddied the waters; and Christian scholars and translators are at pains to explain why.

I wonder how many pay attention to the front matter in their Bibles. That’s the material that, especially in study Bibles, includes explanations of who was involved in the translation work, the translation history, the philosophy and style of the translators, the challenges they face, and how they handled specialised terms.

Under this heading of handling specialised terms my ESV Study Bible explains:

‘…concerning terms that refer to God in the Old Testament: God, the Maker of heaven and earth, introduced himself to the people of Israel with a special personal name, the consonants for which are YHWH (see Exodus 3:14-15). Scholars call this the “Tetragrammaton,” a Greek term referring to the four Hebrew letters YHWH. The exact pronunciation of YHWH is uncertain, because the Jewish people considered the personal name of God to be so holy that it should never be spoken aloud. Instead of reading the word YHWH, they would normally read the Hebrew word ‘adonay (“Lord”), and the ancient translations into Greek, Syriac, and Aramaic also followed this practice. When the vowels of ‘adonay are placed with the consonants of YHWH, this results in the familiar word Jehovah that was used in some earlier English Bible translations. As is common among English translations today, the ESV usually renders the personal name of God (YHWH) with the word LORD (printed in small capitals). An exception to this is when the Hebrew word ‘adonay appears together with YHWH, in which case the two words are rendered together as “the Lord [in lower case] God [in small capitals].”’ (Crossway 2001 ed.)

In regard to the divine name YHWH, commonly referred to as the Tetragrammaton, the translators adopted the device used in most English versions of erndering that name “LORD” in capital letters to distinguish it from Adonai, another Hebrew word rendered “Lord” for which small letters are used. Wherever the two names stand together in the Old Testament as a compound name of God, they are rendered as “Sovereign LORD.” (Hodder & Staughton 1984 ed.)

In the New Open Bible (NASV) Study Edition we find:

‘In the Scriptures the name of God is most significant and understandably so. It is inconceivable to think of spiritual matters without a proper designation for the Supreme Deity. Thus the most common name for Deity is God, a translation of the original Elohim. The normal word for Master is Lord, a rendering of Adonai. There is yet another name which is particularly assigned to God as His special or proper name, that is, the four letters YHWH (Exodus 3:14 and Isaiah 42:8). This name has not been pronounced by the Jews because of reverence for the great sacredness of the divine name. Therefore, it was consistently pronounced and translated LORD. The only exception to the translation of YHWH is when it occurs in immediate proximity to the word Lord, that is, Adonai. In that case it is regularly translated God in order to avoid confusion.
It is known that for many years YHWH has been translated as Yahweh, however, no complete certainty attaches to this pronunciation.’ (Nelson 1977 ed.)

Careful readers will notice that here and there in the Old Testament the word LORD (or in certain cases LORD) is printed in capital letters. This represents the traditional manner in English versions of rendering the Divine Name, the “Tetragrammaton” (see notes on Exodus 3,14,15), following the precedent of the ancient Greek and Latin translators and the long established practice in the reading of the Hebrew Scriptures in the synagogue. While it is almost if not quite uncertain that the Name was originally pronounced “Yaweh,” this pronunciation was not indicated when the Masoretes added vowel sounds to the consonantal Hebrew text. To the four consonants YHWH of the Name, which had come to be regarded as too sacred to be pronounced, they attached vowel signs indicating that in its place should be read the Hebrew word Adonai meaning “Lord” (or Elohim meaning “God”). Ancient Greek translators employed the word Kyrios (“Lord”) for the name. The Vulgate likewise used the Latin word Dominus (“Lord”). The form “Jehovah” is of late medieval origin: It is a combination of the consonants of the Divine Name and the vowels attached to it by the Masoretes but belonging to an entirely different word. Although the American Standard Version (1901) had used “Jehovah” to render the Tetragrammaton (the sound of Y being represented by J and the sound of W by V, as in Latin) for two reasons the Committee that produced the RSV and the NRSV returned to the more familiar usage of the King James Version. (1) The word “Jehovah” does not accurately represent any form of the Name ever used in Hebrew. (2) The use of any proper name for the one and only God, as though there were other gods from whom the true God had to be distinguished, began to be discontinued in Judaism before the Christian era and is inappropriate for the universal faith of the Christian Church. (Nelson 1989 ed.)

If we go to the texts indicated in these helpful prefatory notes we discover a further unpacking of these scholarly decisions in footnotes and study notes. I will use one example:

The note for Exodus 3:15, where God reveals his name to Moses, we find in the NRSV:

In the New Open Bible (NASV) we find this unpacked further:

Jehovah
This is the origin of the name ‘Jehovah.’ It is actually a hybrid name, combining the vowels of ‘Adonai with the consonants of YHWH into JeHoVaH or YeHoWaH (the ‘a’ of ‘Adonai is changed for reasons of Hebrew pronunciation). The people who produced this name were medieval Christians.
Hebrew scholars; the Jews never acknowledged such a name. The defence of this Christian hybrid is the same as the defense of the Jewish avoidance of pronouncing the name – tradition!’

Yahweh
It is likely that the name was pronounced very much like ‘Yahweh.’ Comparisons with transliterations of the name into other alphabets from very ancient times confirm this.

The LORD: The Hebrew for this name is Yahweh (often incorrectly spelled ‘Jehovah’…) It means ‘He is’ or ‘He will be’ and is the third person form of the verb translated ‘I will be’ in v.12 and ‘I AM’ in v.14. When God speaks of himself he says, ‘I AM’ and when we speak of him we say, He is.’

The ESV Study Bible says of the same text:

The LORD: Though some modern translations keep ‘Yahweh’ in English, the ESV follows the tradition of replacing Yahweh by ‘the LORD’ (with small capital letters). This practice goes back to the first Greek translation in the third century BC, the Septuagint, which renders ‘Yahweh’ by Kyrios ‘Lord’ a usage that was also quoted extensively in the Greek New Testament.

For people who, purportedly, go about the business of removing every trace of God’s name from Scripture, these scholars and translators appear to talk endlessly about it. They explain it, unpack it, inform us of their thinking, and carefully justify the way they have addressed it, ensuring the reader is in no doubt about who they are talking about, what is his name, what has happened and does happen in the translating and pronouncing of it.

If I reach to my shelf and bring down the New Bible Dictionary, I find over two pages devoted to the subject of God’s names, including El Elyon (the most high God), Elohim (God), Yahweh (I AM), Yahweh Elohim (Lord God), (and the relationship between those two names, as well as an explanation of the unorthodox ‘Jehovah’ invented in the 12th century). Included are also Jehovah-jireh, Jehovah-nissi, Jehovah- shalom, and so it goes. What Bibles do you have, and how do they explain this issue?

I am sure Jehovah’s Witnesses are quite sincere, believing everything they are taught and that they bring around the doors. This is not about sincerity, however, it is about integrity and faithfulness to the truth of Scripture and of history. ‘Everything they are taught’ is confined to what the WTBTS carefully measures out to them month by month. Other, more accurate and comprehensive, scholarship is out of bounds to them, forbidden as ‘apostate literature.’

It is truly sad when someone’s greatest fear is the fear of being wrong. The Proverbs declare:

5 Steps to Winning on Your Doorstep 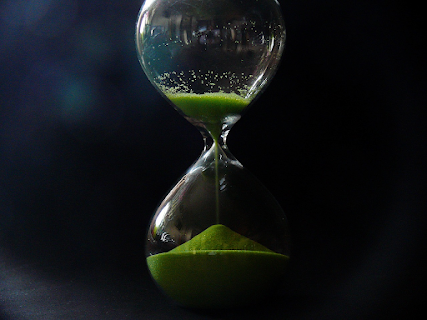 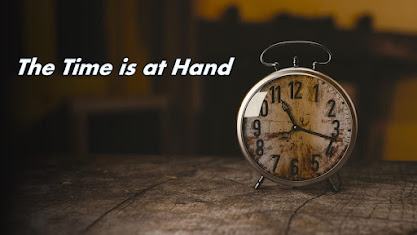 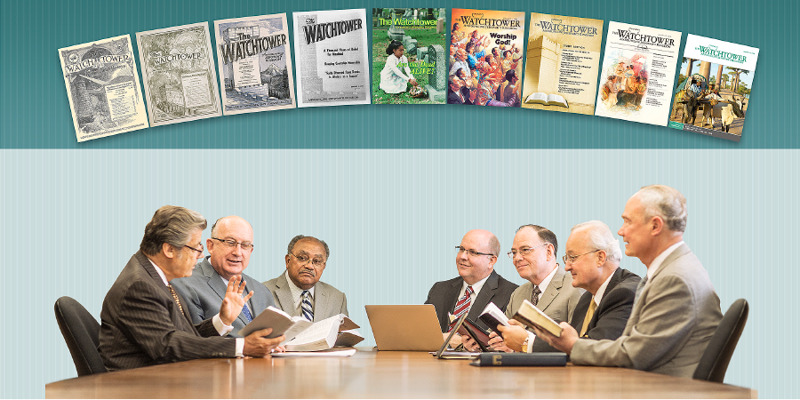