The October 2019 Study Edition of the Watchtower tackles the theme The Last of the ‘Last Days’. The cover of the magazine features a rider on a white horse followed by the armies of heaven.

This is a familiar picture to students of John’s Revelation where Christ is described thus in Revelation 19:11. Inevitably, its tableau of war and judgement is front and centre inside as the magazine tackles the question of the last of the ‘Last Days.’

In a look back to 1919 they rewrite history, putting the Watchtower Society front and centre. Important events of that year, such as the Paris Peace Conference, the Treaty of Versailles which officially ended hostilities in the first industrialised war in history, an heroic attempt at cooperation between nations by the establishment of the League of Nations (later the UN) all are a sideshow to the main event, the release of Joseph Rutherford and others from prison.

‘A new era was beginning, but it would not be ushered in by the men involved in that peace conference. In 1919 a new era in the preaching work began when Jehovah energized his people to preach as never before.’

This was the time when, the churches of Christendom having been judged and found wanting, Jehovah identified the Watchtower Society as his chosen vessel. Read here about whether the Watchtower Society is Jehovah’s organisation. Much is said to have changed in 1919 but the Society isn’t so keen to advertise the Abandoned Teachings of God’s 1919 ‘Chosen Channel‘.

Throughout it’s history the Watchtower Society has claimed to be God’s chosen prophet of the Last Days. Typically, this is a simple assertion with no evidence to back it up beyond their very peculiar interpretation of the events of history.

Comparing the prophetic gift to that of the weather forecaster in Gods Judgements – Does he Always Give Enough Warning? the magazine speaks warmly of how, ‘Jehovah is now alerting earth’s inhabitants to a “storm” that is more ominous than anything they might hear about in a weather report.’

It is a poor analogy at best since a forecast is not a prediction, much less a prophecy. Developing this picture the article asks, ‘how is he doing it?’ It goes on to suggest we look at examples of warnings issued by Jehovah in the past.

What examples does the writer bring do you think? There must, surely, be some from this modern era of prophetic leading, stories of Jehovah speaking through the Society. They have been around long enough now to have some stories to tell, some capital in the prophetic bank account. However they are strangely silent on the issue.

Nothing from Charles Russell, Joseph Rutherford, Nathan Knorr, Fred Franz, or the Governing Body that has ruled since those times. Nothing about 1874, 1925, 1975 and other times of warning. Indeed, only recently the Watchtower leaders have made very clear

‘The Governing Body is neither inspired nor infallible. Therefore, it can err in doctrinal matters or in organizational direction.’ They even boast of having an index of ‘Beliefs clarified.’ It begins in 1872 with a ‘clarification’ on the Lord’s return. You can find a discussion about it here.

You will remember the word of Jehovah through Moses, ‘When a prophet speaks in the name of Jehovah, if the word does not come to pass or come true, that is a word that Jehovah has not spoken; the prophet has spoken presumptuously. You need not be afraid of him.’ (Deut.18:22)

Yet how many Jehovah’s Witnesses live in fear of those who claim to speak for Jehovah, issuing dire warnings to those not prepared to show loyalty, because the time is short? In this edition of the Watchtower we read:

‘Of course, remembering the Governing Body involves not just words but also cooperation with its direction. The Governing Body provides the direction given in our publications and at our meetings, assemblies, and conventions. In addition, it appoints circuit overseers, who in turn appoint congregation elders. Circuit overseers and elders remember the Governing Body by sticking closely to guidelines given to them. All of us show respect for our Leader, Jesus, by being obedient and submissive to the men he is using to direct us.’

It’s rather like a double blind test or trial in which the Governing Body admits it isn’t sure at any time it has it right, neither does the faithful Witness know if the Governing Body may be trusted, and both wait and see how this all works out.

The Last of the ‘Last Days’

Keeping busy is a perennial subject for Jehovah’s Witness. If you’re too busy to reflect on what you are doing, what you are hearing and saying, all the better for those on the Governing Body who, after all, are God’s chosen servants and know best. When it is ‘The Last of the Last Days’ urgency takes on a tone approaching panic! Familiar? This article of the Watchtower asks:

There are those Christians who see the timetable of God’s plan this way, who think these are specifically the ‘last days.’ Like Jehovah’s Witnesses, they quote texts like 2 Timothy:

‘But understand this that in the last days there will come times of difficulty. For people will be lovers of self, lovers of money, proud, arrogant, abusive, disobedient to their parents, ungrateful, unholy, heartless, unappeasable, slanderous, abusive, without self-control, brutal, not loving good, treacherous, reckless, swollen with conceit, lovers of pleasure rather than lovers of God, having the appearance of godliness but denying its power. Avoid such people.’ (2 Tim.3:1-5)

They cast about them looking for signs of depravity, greed, and arrogance and in a fallen world they are simply bound to find them. But we have been here before too with the Jehovah’s Witnesses. The following quotes are from Edmund Gruss Jehovah’s Witnesses, Their Claims, Changes and Prophetic Speculation, an excellent resource. in January 1902 the Watchtower published the following, strangely familiar warning:

‘The time for lifting up our heads in glory is nearing, too, and already the Master directs that seeing (with the eye of faith) the evidence of their approach, we may lift up our heads and rejoice, knowing that our redemption draweth near.’ (WTR, 1 Jan. 1902, 2936)

1914, of course, was the date to look out for back then. an earlier edition of the Watchtower printed the following:

‘The culmination of the trouble in October, 1914, is clearly marked in the Scriptures; and we are bound therefore to expect a beginning of that severe trouble no later than 1910-with sever spasms now and then.’ (WTR, 15 Sept. 1901, 2876)

What was the response from Witnesses? In Cruel and Unusual Punishment, Duane Magnani reports:

‘A letter to the Brooklyn Daily Eagle from a former Bible student in England, says in part: ‘Very many have gone so far as to sell their homes over here, expecting to die before 1914 (at the latest), and many others have so arranged their affairs as to last till that date only.” (Brooklyn Daily Eagle, 26 Dec. 1911)

Similar claims, followed by similar stories, marked the 1975 fiasco. People made life changing, sometimes life ending decisions in anticipation of 1975. Great efforts went into the door to door work, recruiting thousands into the organisation on the basis that 1975 would see the end. This is not an academic exercise in the finer points of some obscure doctrinal issue; lives are impacted and not for good.

We all like to think our own times are extra special in the plan of God. More, we all yearn for that time when we see suffering end, our common enemy defeated, and Christ given the honour and glory due his name.

According to Peter at Pentecost we have been living in the ‘Last Days’ since the coming of the promised Holy Spirit, the beginning of the gathering in of the saints to the church, and the great work of telling the good news began. (Acts 2:17) We could even say the Last Days started with the resurrection and end with the Second Coming.

Paul, writing to Corinth, talks about the examples of Scripture which, ‘were written down for our instruction, on whom the end of the age has come.’ (1 Cor:10:11) The writer of Hebrews tells of the many prophets that have spoken God’s words and warnings, ‘but in these last days he has spoken to us by his Son, whom he appointed the heir of all things, through whom also the world was created.’ (Heb.1:1-2)

We might profit from looking at where this preoccupation with Adventism came from in our time, and considering the countless examples over two millennia of ‘he is in the wilderness, he is in the inner rooms.’ (Mt.24:24-25) Read about William Miller and Modern Adventism.

Paul’s letter to Timothy is prophetic only in the sense of Paul’s speaking into the situation the church and it’s leaders faced at the time. When in 2 Timothy 3:1-9 Paul writes about the error and sin of the last days he is not looking ahead but looking out into his world.

The circumstances he describes are those facing Timothy in his own day. Paul simply puts those events of that time into eschatological perspective. These are the Last Days so stand firm in the face of increasing sin and rebellion.

In our own time we hold to universal truths in a temporal society. These are the Last Days too, not exclusively but as well as those days and the days to come. The church must adapt to each age without compromising those precious truths. Paul makes this clear as he ends this chapter with the familiar words:

‘But as for you, continue in what you have learned and have firmly believed, knowing from whom you have learned it and how from childhood you have been acquainted with the sacred writings, which are able to make you wise for salvation through faith in Christ Jesus. All Scripture is breathed out by God and profitable for teaching, for reproof, for correction, and for training in righteousness, that the man of God may be competent, equipped for every good work.’ (2 Tim.3:14-17)

Beginning with the resurrection and ending only in the Parousia we all stand in the last days, from Paul and Timothy to you who read this and I who write it. Wise counsel tells us to know our times and, in our time, follow the counsel of Paul to regard all Scripture as our complete guide for our time.

Paul’s counsel is the same as the Lord’s through Jeremiah:

Stand by the roads, and look,

and ask for the ancient paths,

where the good way is; and walk in it,

and find rest for your souls.’

It is the way of faithfulness, of faith-driven obedience, after the pattern of Scripture and it is for all who live in the Last Days; those days, these days, and the days to come until he comes. 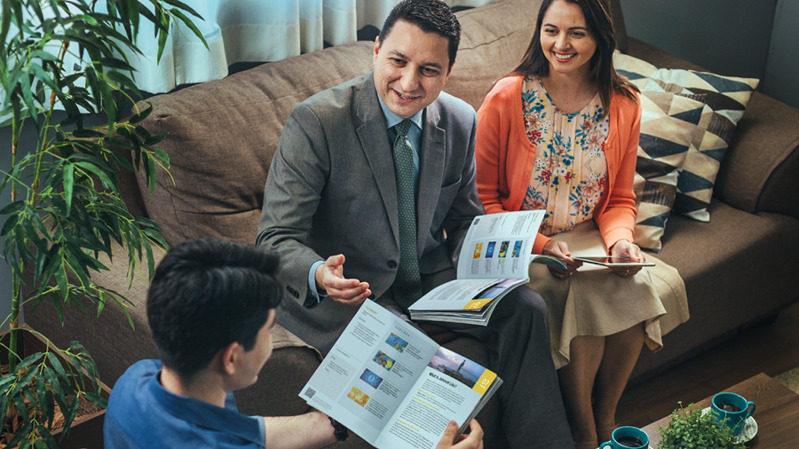 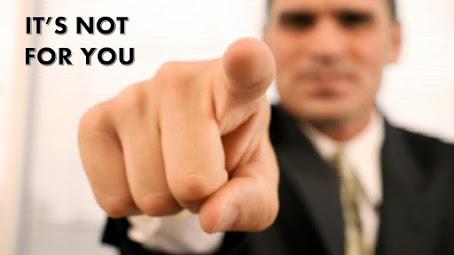 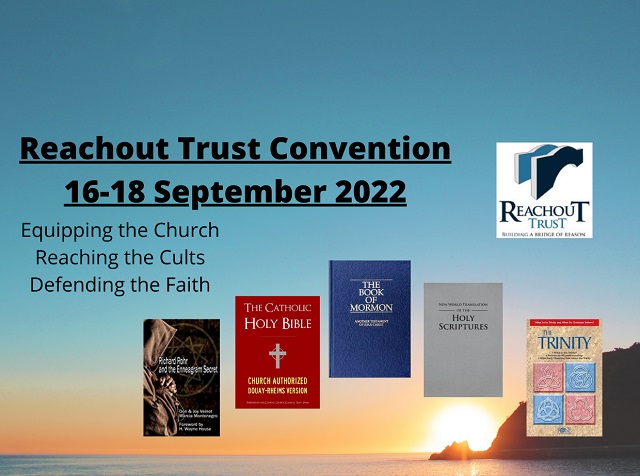