Over the Internet and in the worship gatherings I conduct throughout the U.S. and the world, I am often asked the question, “Is it acceptable for a Christian to practice HATHA YOGA?”

I will attempt to answer concisely in the following article, with a few preparatory statements. I understand that some of you may disagree with my conclusions, but please be patient with me and read the entire article before you arrive at a conclusion. What I share below is spoken in great love and respect-even for those who may believe differently than me.

First, some background information. I taught Kundalini Yoga at four universities in Florida in 1970, with several hundred students attending my classes. I studied personally under a guru named Yogi Bhajan and ran a yoga ashram myself. Each day was consumed with spiritual disciplines: from 3:30 AM to 9 PM. In my classes, I incorporated many Hatha Yoga techniques. Kundalini Yoga claims to be an amalgamation of many types of yogas and a blending of the best benefits from all types, including Hatha.

However, since my conversion to Christianity in the fall of 1970, I have never practised Hatha or any other kind of yoga. Some practitioners would disagree with me, claiming that Hatha Yoga can be disassociated from its Far Eastern mystical roots and presented as an excellent, non-religious exercise regimen. That may be remotely possible, but it is certainly not what usually happens. I believe after you read the “Four Reasons” I present below, you will conclude, just as I have, that Christianity and yoga are incompatible.

The Reason Behind Eastern Influence

There is a major trend in our eclectic Western society that is gaining momentum, a departure from our Judeo-Christian roots (quite often because people have become disenchanted with a powerless expression of Christianity) and a turn to the Far East for concepts and practices that many hope will improve the health and state of their body, mind and soul. One of the chief indicators of this trend is the rise of interest in yoga. It should be mentioned that when the word “yoga” is used (a word meaning “yoke” or “union”), the majority of Westerners relate it only to Hatha Yoga, usually because they are unfamiliar with the deeper levels of practice and philosophical teachings.

Hatha Yoga is actually one of the simplest, foundational styles of yoga. It appears, on the surface, to be merely a highly developed exercise regimen. What could be wrong with just stretching, twisting, bending, breathing, sweating it out and getting the body in shape, regardless of the method used? Absolutely nothing-unless one or more of the following four negatives in present in your “yoga” experience:

Hatha Yoga is based on a Far Eastern view of the spiritual, as well as physical, makeup of the body. The exercises having been created to allegedly ‘open up the chakras.’ These seven chakras, according to yogic lore, are spiritual energy centres in the body. Through these the kundalini (the latent ‘serpent power’ coiled at the base of the spine) passes as a person evolves toward enlightenment. Each “chakra” is also associated with a certain Hindu deity (which I contend are all non-existent, the product of human imagination.

Practitioners may have no knowledge of these things, but ignorance does not necessarily sanctify or purify the system from its association with spiritual falsehood. For those who believe in one God (to the exclusion of all humanly manufactured gods) anything associated with the worship of false deities must be considered idolatrous and unacceptable. Furthermore, it is taught that out-of-body experiences are attained by exiting the body through the ‘chakras,’ especially the third eye or the crown chakra. Hatha Yoga allegedly prepares one for these kinds of experiences. No promises like this are attached to aerobics, isometrics, weight lifting, jogging or other methods of exercising. If these out-of-body experiences were legitimate, leading a person to a real relationship with God, there would be no problem. However, I discovered the opposite to be true in my life. I definitely came under demonic influence.

Hatha Yoga is the third stage in Patanjali’s (1) eight stage plan toward enlightenment (Samadhi). The first two stages are Yama (restraint) and Niyama (observance, devotion). In The Book of the Vedas, (2) we find the descrtiption:

“The word Hatha is an amalgam of “sun” (ha) and the word “moon” (tha), and symbolizes the positive (sun) and negative (moon) currents in the body. The balancing of the two is seen as the means to harmonizing and mastering these currents so that “vital force” (prana) can be controlled. In so doing, the mind will be cleared and the path open to experiencing higher states of consciousness.”

According to the Bible, the presence of God can only be accessed through the soul being washed in the blood of Jesus and a person being “born again.” This regenerative experience definitely leads one to a ‘higher state of consciousness’ (a conscious awareness of the reality of God) but it is totally different than anything offered through Eastern religions. Biblical salvation is not the result of some “serpent power” travelling up through the spine from within; it is the result of the power of the Holy Spirit entering INTO a repentant person from WITHOUT. So the contrast of these two approaches to spirituality actually reveals two very different views of God in His relationship with creation (Pantheism versus Theism).

The “serpent power” unleashed in meditation is not the power of the Holy Spirit, nor is it merely the latent power of the soul-it is a power that even gurus admit can be, at times, very destructive to the yoga practitioner. So where does this power come from that can potentially be so dangerous? It should help the inquisitive reader to see that there is absolutely NO account of anyone in the Bible being harmed who was filled with the true Holy Spirit (symbolised by a dove-a harmless creature).

But there are undeniable accounts of insanity or dark occultic powers being the by-product of an encounter with this power likened to a serpent (a creature which can be quite harmful). Belief in this power is the ‘root’ of yoga system of thought, and if we are going to live free from deception, we must inspect the ‘root’ of Hatha Yoga practices, and not be merely concerned with the ‘fruit’ of a body that gets in better shape. (See the following articles: “What really is ‘the kundalini’?” and “My Spiritual Journey.”) Some Hatha Yoga poses are actually worship poses (like the “Sun Salutation”). We should remind ourselves that one of the commandments is: “I am the Lord your God; you shall shall have no other gods before Me.”

Though I was unaware of it at the time, when I studied yoga I came under a spiritual power or influence that was not the true power of God. This passed to me from the guru under whom I studied. (Under certain conditions, this ‘consciousness-raising transference,’ that many devotees seek after, is called Shaktipat).

Though I did not recognise it at the time, when I had out-of-body experiences, the source of the power was not the Holy Spirit. I was actually penetrating a spiritual realm just beyond this natural realm-a higher sphere that Jesus taught is dominated by powers subservient to the Prince of Darkness. The Bible even warns that the Prince of Darkness can appear as an angel of light and can grant counterfeit experiences of spiritual realities.

There are many sweet, gracious, kind and compassionate people studying yoga who would never purposefully seek to come under the influence of dark, deceptive, demonic powers. Most are genuinely seeking for truth, for Ultimate Reality. Some are seeking for no more than just to shape up their bodies. Because of this, in some cases, it is possible to go to a Hatha Yoga class and never be introduced to any kind of false spiritual ‘power’: if all the participants are only into the physical aspect or if all participants are Christian believers with a pure doctrinal stance. However, if the teacher of the class is involved in the philosophy behind the entire yogic system, there will be a subliminal spiritual transference from the teacher to the student that is probably not the true Spirit of God and can be very misleading. Those who are weak in their Christian faith can have their belief-system eroded over a period of time and end up being drawn into the Far Eastern mystical point of view.

Even if the Hatha Yoga class atmosphere is relatively harmless, there is normally an arousal of curiosity on the part of those involved to learn more about the whole system of thought. I recently visited a Hatha Yoga Centre where I met a teacher, a gracious young man who claimed to be a Christian, yet all around the studio were magazines, books and videos that plainly teach the Far Eastern worldview (which is non-biblical in many ways). Almost any person attending would inevitably be drawn to look at these books, magazines and tapes and become intrigued about other aspects of yoga. So the Hatha Yoga becomes the ‘bait’ to carry people into a vast belief system that involves much more than physical exercise.

Just suppose everything is relatively benign in a yoga class, that no one promotes Far Eastern philosophy, that all the teachers are Christians, and even Christian music is played, etc. Is there still a negative? MAYBE AND MAYBE NOT! If a Christian goes to classes (that may have NO spiritual emphasis whatsoever), still, a signal is going out to others that could easily be misinterpreted. Those who see Bible believers participating in Hatha Yoga classes could easily construe it to be an endorsement for the whole system of thought-unless a clear, definitive line is drawn-especially by those teaching the classes.

This issue is very similar to Paul’s admonition to early Christians not to eat meat offered to idols. He said that the idol didn’t really exist and certainly the people needed food, so eating it would be all right, BUT weak Christians or non-believers might interpret such an act as an endorsement of idolatrous practices. (Read all of 1 Corinthians 8.) For this reason, Paul asserted, lest he become a stumbling block to a spiritually weak person-“I will never eat meat again.” It makes logical sense that our final conclusion should be just as strong in this particular practice.

In conclusion, let me say that I am sure I will never do Hatha Yoga again. However, because I believe the body is the temple of the Holy Spirit, I still exercise-but with a regimen that has no roots in false religions. Christian yoga is an oxymoron. There are just too many negatives and too many areas of spiritual seduction and danger. I know some of you may disagree but what do you think? If you are doing yoga, I hope your response sounds something like: “Guess it’s time to break out the old jogging shoes. Treadmill and racket ball court, here I come!”

(1) Patanjali was the writer of the Yoga Sutras, a categorisation of yogic thought arranged in four volumes. The first three were apparently written, some say, around the 2nd century BC and have become the foundation for most yogic teaching since. Yoga is one of the six orthodox systems of Indian (Hindu) thought. 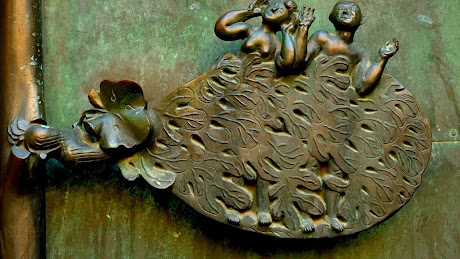 h J R
Reachout Trust @ReachoutTrust Where did 'Jehovah' come from? And what is an 'abjad' anyway? See my latest post on the Reachout blog. Bridge of Reason: Is God's Name Jehovah? https://t.co/y6sbOB1Sk7 https://t.co/9njGPcvXvc 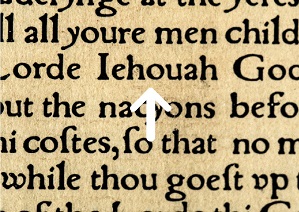 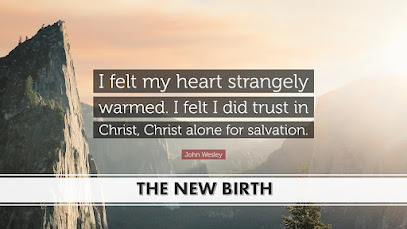