It was a happy visit with an old friend and was over all too quickly. We had caught up on family news, talked about an imminent house move, touched on church life, and shared stories of interesting encounters with Mormons and Jehovah’s Witnesses. Our friend impressed upon us her conviction that the best witness is personal testimony because, ‘you’ll never out-Scripture a Jehovah’s Witness.’

I found this surprising since she is a pretty good Bible scholar, open and enthusiastic about her faith, and it gave me a lot to think about as we drove back down South and home. I can say, hand on heart, that I have often ‘out-Scriptured’ a Jehovah’s Witness, a Mormon, even a Krishna devotee. What was so different about me?

In this ministry we are used enough to the word apologetics, but let’s unpack this idea and see exactly what it means and how it can help us. Originally, an apology meant a defence. It’s like the speech of a defence lawyer in answer to the speech of the prosecution. A charge has been brought, evidence has been presented, and each side sums up their case with a view to convincing a judge and jury of the strength of their argument.

In the case of Christian apology, we are making the case for our faith as well as building a case against competing faith claims. Jude writes of, ‘contending for the faith once for all delivered to the saints.’ (Jude 3) Peter counsels us:

‘Who is there to harm you if you are zealous for what is good? But even if you should suffer for righteousness’ sake, you will be blessed. Have no fear of them, nor be troubled, but in your hearts honour Christ the Lord as holy, always being prepared to make a defence (gk.apologia) to anyone who asks you for a reason for the hope that is in you; yet do it with gentleness and respect.’ (1 Peter3:14-15)

A common problem I find is an innate fear of engaging with the cults. There are two reasons for this, it seems to me.

The first is a history of anti-cult ministry that, with the best of intentions, has warned people ‘don’t handle, don’t taste, don’t touch.’ Cult members have been painted as the very devil on your doorstep, a clear and present danger, and Christians as weak, all-too-unwitting victims. The best policy we are told, based often on a misunderstanding of 2 John 1:10, is to keep your distance.

1. It credits the cultist at your door with more power than they have.

2. It doesn’t credit the Christian with enough power.

Of course, there is always risk in engaging with ‘the world, the flesh, and the devil,’ but if we act in fear how are we to obey Jesus’ Great Commission? (Matthew 28:18-20) It is wise to be on your guard but, at the same time, it is well to remember these are lost souls on our doorsteps, not the massed armies of hell.

In that Great Commission Jesus promised to be with us, ‘until the end of the age.’ And, as Peter writes, ‘Have no fear of them, nor be troubled, but in your hearts honour Christ the Lord as holy, always being prepared to make a defence to anyone who asks you for a reason for the hope that is in you.’

There are many examples in the Bible of an apology being presented in obedience to Jesus’ command to, ‘go into all the world.’ When the disciples, filled with the Holy Spirit, spilled out onto the streets of Jerusalem many asked, ‘What does this mean?’ while others brought the charge, ‘They are filled with new wine.’ (ironic in light of Jesus’ words in Matthew 9:17)

This is when, ‘Peter, standing with the eleven, lifted up his voice and addressed them…’these people are not drunk, as you suppose, since it is only the third hour of the day. But this is what was uttered by the prophet Joel…” (Acts 2) And so, Peter launched the church’s first recorded defence of our shared faith in the risen Lord.

The men of the Areopagus charged Paul with being ‘a preacher of foreign divinities,’ and asked him, ‘May we know what this new teaching is that you are presenting? For you bring some strange things to our ears.’ In answer, Paul launched his apology to a heathen crowd (Acts 17) It is a helpful model to follow today.

A good apology seems to be a basic requirement for anyone intending to share their Christian faith in a world of foreign gods and ideologies, often hostile to the church. There is, necessarily, an element of defence in in all Christian preaching, teaching, and witnessing. That is why we study to witness.

As Paul discovered in Athens, people have ‘numerous objects of worship,’ some even having some vague idea of deity they might call ‘the Almighty’ without truly understanding who this unknown god might be. Like Paul, we must understand our environment, the world into which we bring our apology.

How was Paul so able to meet these different ideas head on and reason from Scripture, defending his Christian message before such disparate opponents? In a word, preparation. If apology is a defence of a position against the charges brought by critics, apologetics is a preparation of that defence. It is a study of how we defend our Christian truth, the hours we put in, like any good defence lawyer, making ourselves familiar with the topic and building a strong case. One writer describes it as:

‘A kind of intellectual stock-taking on the part of Christian thinkers, who may be described as attempting to reckon up their assets in light of contemporary philosophical thought and scientific knowledge.’ (Alan Richardson, Christian Apologetics, p.20, 1970, SCM)

This is the second reason, I believe, for this fear of witnessing, especially to the cults. We are simply ill-prepared for the task before us and fear we will be ‘out-Scriptured.’ We don’t study to witness. Outside the Bible itself, Doug Harris’ book, Always Being Ready, is a great aid to understanding and preparation.

Jesus taught his followers, ‘You are the light of the world.’ (Mt.5:114) The writer to the Hebrews writes about holding fast to the confession of hope, saying, ‘he who promised is faithful.’ he goes on:

Jesus taught his followers, ‘You are the light of the world.’ (Mt.5:114) The writer to the Hebrews writes about holding fast to the confession of hope, saying, ‘he who promised is faithful.’ he goes on:

‘And let us consider how to stir up one another to love and good works, not neglecting meet together, as is the habit of some, but encouraging one another, and all the more as you see the Day dawn.’ (Heb.5:23-25)

Christians are the light of the world, and the primary purpose of our meeting together is to encourage one another in being that light. There is no short cut to being prepared and the starting point is fellowship, the gathered together people of God encouraging one another in our common faith (Acts 2:42-47) helping each other study to witness.

In addition, we are each and all responsible for having a confident understanding of, and a competence in sharing the truths of the gospel. It is simply a matter of reading the Bible regularly, talking to one another about the business of the kingdom, and encouraging one another. I find if I can explain it first to myself I can explain it to others. Be engaged enough with your faith that you take the time to put it together and explain it to yourself.

It really helps if, when you close the door after a disappointing conversation with a Jehovah’s Witness, you go back to your Bible instead of your TV guide. and study immediately the issues you have just heard addressed. The resources available in our Western churches are beyond counting and we are left without excuse.

If we study to witness we discover different approaches apply in different circumstances.

When Paul spoke to pagans in Athens he began by addressing the general state of religion in that place, going on to speak of ‘The God who made the world and everything in it, being Lord of heaven and earth.’ He spoke of God’s purpose in making mankind, of the sin and rebellion of man, of God’s intention to judge, and of his purpose in sending Jesus and raising him from the dead.

This is rather like those conversations you have with people who have no structure to their world-view. They simply embrace whatever culture and philosophy is around them. You have to start at a much earlier, more basic point, addressing the issues of design in creation pointing to a designer, perhaps to the question of why men and women seem to need to reach out to something, or someone, beyond themselves. Why do we have such a strong sense of right and wrong?

Peter, on the other hand, was addressing, at Pentecost, a crowd with a religious background and motive and was able to start with God’s promises, which would have been familiar enough to thousands gathered for a religious festival. We, too, find ourselves addressing people who have a more structured understanding of the world based, as they believe, on the Bible.

As we study the four gospels, we find the same thing. They are written from different perspectives for different people groups, and for different circumstances. In the same way, we can be prepared, if our faith is mature and our understanding of it meaty not milky. Again, in Hebrews we read:

‘For though by this time you ought to be teachers, you need someone to teach you again the basic principles of the oracles of God. You need milk, not solid food, for everyone who lives on milk is unskilled in the word of righteousness, since he is a child.’ But solid food is for the mature, for those who have their powers of discernment trained by constant practice to distinguish good from evil.’ (Heb.5:12-14)

There it is – practice. Even discernment is achieved by a process of study, practice, and training. We build our apology by applying ourselves to a process of preparation, apologetics, preparing our case, rehearsing and strengthening our arguments, finally making a case for Christ, first to our own hearts, then to others.

If you are convinced and well prepared yourself you will not be discouraged when others fail to respond positively. The gospel is true, our faith is built on solid rock, whatever others think. When Paul preached in Athens, ‘some mocked, But others said, ‘We will hear you again about this’…But some men joined him and believed…’ Be encouraged, even Paul didn’t win everyone.

5 Ways to Reach the Sikh Community 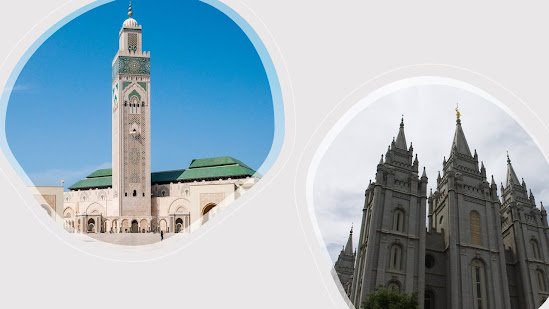 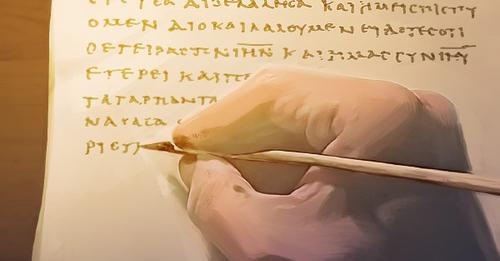 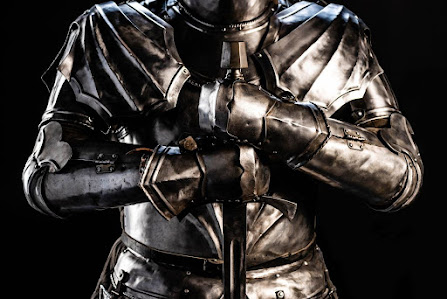 The Mormon Playbook and Book of Mormon Geography