My Life as a Spiritualist

Supernatural phenomena interested me since childhood. A few psychic episodes as a  child added to the intrigue I felt. My mother had also experienced psychic happenings since her childhood, but didn’t pursue it seriously until later. By the time I began Secondary School, she felt ready to experiment further. When walking her dogs in the park one day, a Medium approached, telling Mum he saw her potential as a Medium and invited her to a Spiritualist Church in Glasgow.

Very quickly, Mum became totally engrossed by the supernatural. As a new member of the Spiritualist Church, she attended Sunday services, mid week psychic development groups and Yoga classes. She shared everything she learned with me and I also became fascinated. Her heart’s desire was to train in Mediumship and the other Mediums encouraged this, asking her to join an Open Circle to learn to meditate and channel spirits of the deceased. Mum was keen to develop her abilities of Clairvoyance, Clairaudience and Clairsentience and to learn from other Mediums.

Every time Mum booked a Private Sitting for a Life Reading with a resident or visiting Medium, she would buy a tape of the session and we’d listen to it later that day. It amazed me that a half hour tape could contain so much communication from spirits. Minute details were relayed about our lives. Precise names, places and dates were often given. It was obvious the Mediums weren’t charlatans, falling upon names by sheer chance. They accurately described the physical appearance, personalities and even repeated common phrases of our dead relatives as they conversed with them.

When old enough to attend, I also joined the Spiritualist Church. We devoured mystical books on opening the chakras, Crystal Healing, Reincarnation, Alternative Therapies, etc. Attending New Age Centres and Psychic Fairs, we absorbed as much information as we could to help in our spiritual enlightenment. With our passion for environmental and conservation concerns, social justice and international peace, we gladly participated in healing people and animals, through either contact or distant psychic healing. Eventually, we also attended Transfiguration Sessions. Mum developed in the area of Automatic Writing and Mediums predicted I would become a Psychic Artist, drawing portraits of dead relatives and Spirit Guides for clients. I experimented with Kirlian Photography; using infra red film I captured images of ectoplasm as it formed.

Over the next ten years, we’d often hear of Mediums who could no longer control when spirits spoke to or through them. Many Mediums had nervous breakdowns, or attacked people claiming their Spirit Guides had forced them to, or were admitted to psychiatric wards. We heard reports of poltergeist activity in Medium’s homes. At first, we accepted explanations that mischievous or obnoxious spirits could sometimes come through and it was a potential hazard of the job. But when it happened to us, it became difficult to tolerate and almost impossible to function properly.

Our friends, the other Psychics and Mediums, failed to free our home from spirits. The spirits spoke to Mum constantly, depriving her of sleep, attacking her physically, chapping loudly from within wardrobes, slamming all the doors, etc.

On one of the occasions when they forced her into a trance against her will, she was frying food. When she came out of trance, the kitchen was consumed by fire. I arrived home after the Fire Brigade had extinguished it, just before it spread to other rooms. We all realised Mum, our dogs and cats could have been killed. One afternoon, Mum’s elderly Aunt who had also visited Spiritualist Churches, felt invisible hands grab her and throw her down our stairs. Her wrist was broken. Another day, while approaching shops, I watched in horror as Mum was lifted from the ground and catapulted from the pavement, landing on the bonnet of a passing car.

We decided to withdraw from Spiritualism and told our Spirit Guides to leave. To our shock, they laughed and insulted us. They began to physically attack us. This was perplexing as they had provided guidance and kindness for many years. It became obvious they’d deceived us, pretending to be benevolent, when in reality they were wicked all along.

The biggest shock however came when even our dead relatives turned against us. They also mocked and hit us. The spirits warned we couldn’t leave the occult, as we had unknowingly given them control from the first day we invited them into our lives.

During my second year at university, Mum’s health deteriorated and her Spirit Guides threatened to use her to kill people. Mum’s doctor couldn’t accept her accounts of poltergeist activity and diagnosed as Schizophrenic, she was detained in a Psychiatric Hospital. After months of heavy sedation, so they would discharge her, Mum deliberately told the psychiatrists she no longer heard voices. They did discharge her, but when she returned home, she endured further harassment from spirits and committed suicide.

A Christian I’d met in a Psychology Tutorial, invited me to her Pentecostal Church, explaining other Psychics who had experienced similar tragedies were set free from spiritual attacks when they accepted Jesus Christ as their Saviour. I renounced Spiritism and became a Christian. Later, a Pastor and her friend visited my mum’s home and successfully cleansed it the first time they prayed. At the Name of Jesus, all the spirits left and never returned. About a year later, I sold Mum’s home without worrying the new tenants would be harassed.

The Pentecostal Church did not portray dead religious traditions, instead it was lively, loving and fun. Members are trained by the Holy Spirit to prophecy about people’s future, bodies are healed and other miracles, signs and wonders occur. Actually, in a couple of years I saw more peopled healed in Pentecostal Churches than I ever saw in over ten years at Spiritualist Churches.

When I became a Christian, even before I had read the Biblical warnings of the occult in Deuteronomy chapter 18, I instinctively realised what had happened. The missing piece of the jigsaw fit into place. When our dead relatives and Spirit Guides began to attack Mum and I, it indicated they had deceived us, merely impersonating our loved ones. It made complete sense when Christians explained that it’s impossible for dead souls to return to talk with us, as they remain in heaven or hell for eternity. Also that, evil spirits are fallen angels, and they have existed for centuries possessing psychic knowledge of our families and historical figures down the generations. They can easily disguise their evil form to pose as our deceased family or any famous celebrity that ever lived. This was confirmed as I read in 2 Corinthians 11 to 14 : “And no wonder! For Satan himself masquerades as an angel of light. It is not surprising then, if his servants masquerade as servants of righteousness. Their end will be what their actions deserve.” The evil spirits working through Spiritualism, serve Satan in deceiving people into believing they are their dead relatives and Spirit Guides.

Before I left the occult, I was unaware the Bible advises in 1 John 4 verse 1 to 3 :

As a Spiritualist, I had believed Jesus was just a cosmic force; part of the universal consciousness, or a great Psychic Healer. Since my conversion I’ve met and read of many Psychics, Gypsies, Mediums, Witches and even Satanists who also discovered the entities of their Spirit Guides or dead relatives were not who they claimed to be. These people were also set free from demonic attack after receiving Christ into their lives. Two successful Glasgow Mediums, Sadie Bryce and Geordie Aitken also became Christians. Sadie went to the same Spiritualist Church I did. She spoke of her occult past in BBC programs and Geordie wrote a book detailing his. As Christians, Sadie and I wrote to each other and I met Geordie several times, discovering we all had been misled by spirits in the same ways.

Jesus healed me of fears, phobias and physical conditions. He has given me joy and peace I simply never knew existed. His very tangible Presence of pure love, is more real than any powerful encounter I experienced within Spiritualism.

After sharing my life story on TV and radio, I continue to hear of more people who are turning away from Spiritualist Meetings, Tarot Card Parties, etc. Recently, I completed a novella containing some detail of events Mum and I experienced within the occult. It also contains some wonderful encounters with Jesus and angels, very different from what I experienced in Spiritualism.

If you would like to order a copy of my book ‘A Spiritual Quest,’ please contact me on  [email protected]

John & Carol and their involvement with the Ouija Board

Reachout Trust @ReachoutTrust Is the ‘crown of righteousness’ the prize of everlasting life? My latest blog post is now up. Bridge of Reason: The Watch Tower 'Crown of Righteousness' https://t.co/75Uay7wphs https://t.co/HOtYTXAVhh 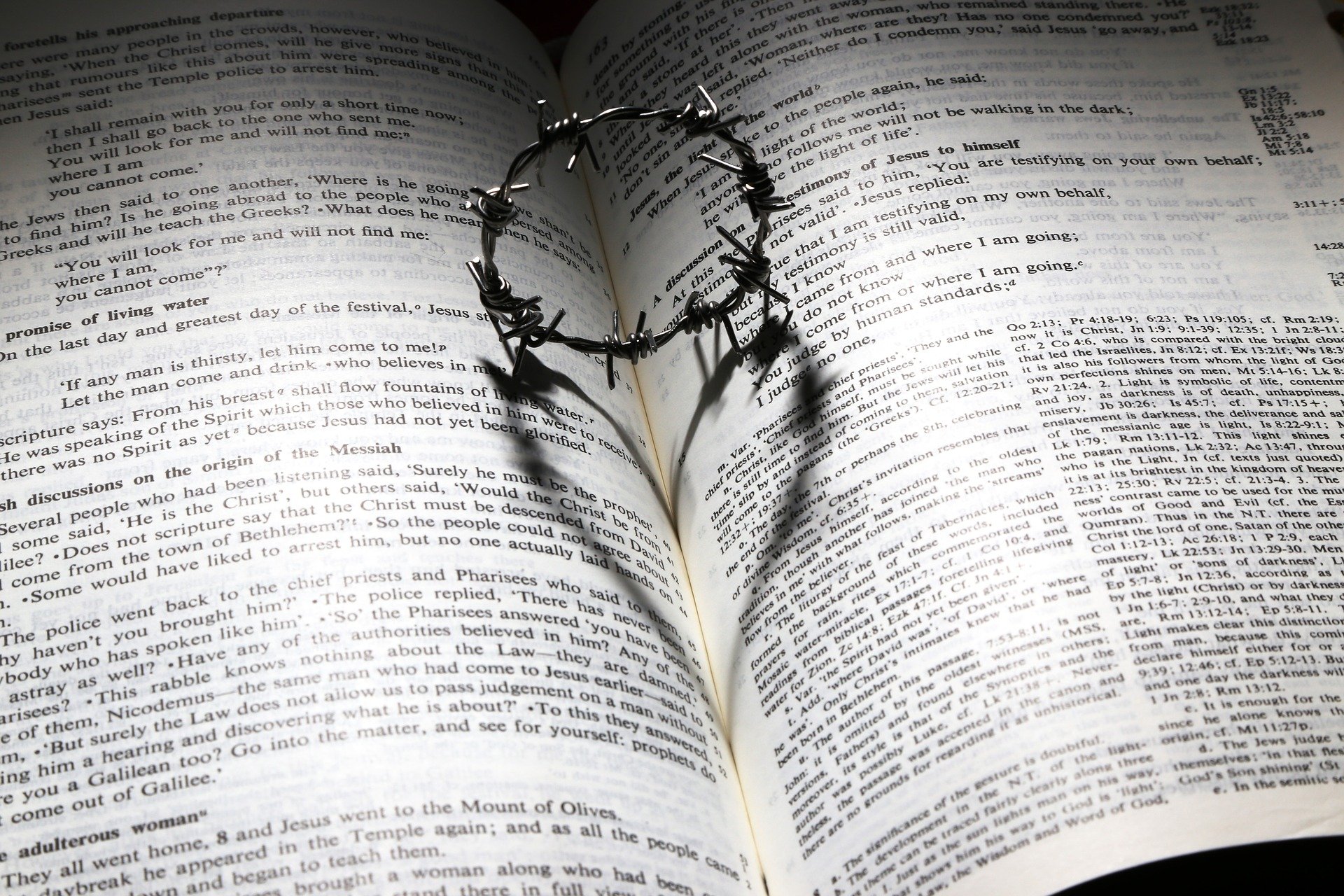 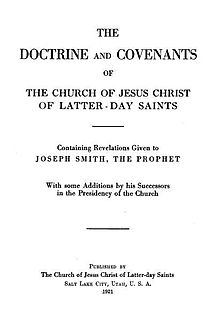 h J R
Reachout Trust @ReachoutTrust Can someone be 'reasoned' into the Kingdom? My latest blog post is now up. Bridge of Reason: Watch Tower's 'Power of Reason' in Conversion https://t.co/DRKcTj2TMs https://t.co/h3OvNpLC0v 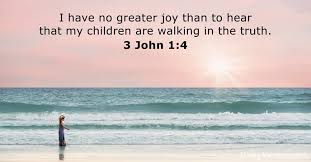